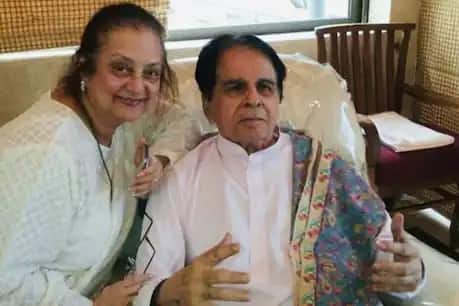 Mumbai: A big news has come out about Bollywood’s legendary actor Dilip Kumar. The actor has been admitted to Mumbai’s Hinduja Hospital on Sunday due to health reasons. The actor has been admitted to hospital due to respiratory problems (Dilip Kumar Health). Doctors are monitoring his health. Doctor Jalil Parkar is treating 98-year-old actor Dilip Kumar. Earlier in May, the actor was admitted to the same hospital for a routine checkup, and was discharged from the hospital soon after all the tests.

Veteran actor’s wife (Saira Banu) Saira Banu revealed that Dilip Kumar has been admitted to a Mumbai hospital, and was having difficulty breathing. It is worth mentioning that the actor has turned 98 years old due to which he is facing many health related ailments.

Veteran Bollywood actor Dilip Kumar, who is in poor health from time to time. Due to which the news of the demise of both his brothers was hidden from him. Dilip Kumar’s two brothers died of corona virus infection. Dilip Kumar’s brothers Ahsan Khan, 90, and Aslam Khan, 88, both positive for corona, were admitted to Mumbai’s Lilavati Hospital for treatment, where they died. “Dilip Saheb has not been informed that Aslam Bhai and Ehsan Bhai are no more in this world,” Saira Bano told the Times of India. We keep all kinds of disturbing news away from them.