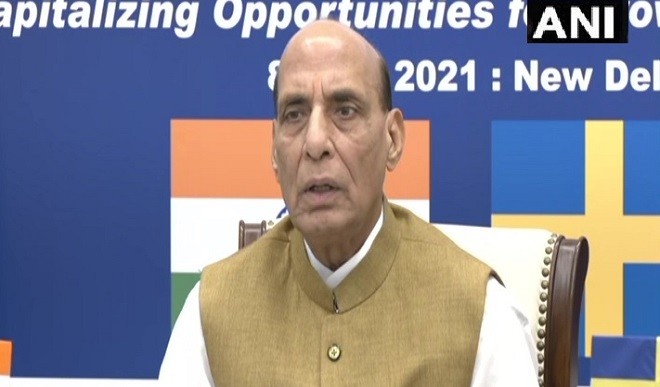 The Defense Minister also mentioned that the government has automatically allowed 74 per cent and 100 per cent foreign direct investment (FDI) through the government in the defense manufacturing sector.

New Delhi. Defense Minister Rajnath Singh Presenting India as an attractive destination for investment in manufacturing of military platforms and equipment, India on Tuesday Sweden Invited leading defense manufacturing companies of India to make them manufacturing hubs in the country. Addressing a conference on India-Sweden Defense Industry Cooperation, Singh said that the government has taken several reforms which have proved to be helpful for the defense industry not only in meeting India’s needs but also in meeting global demands. Will be The Defense Minister also mentioned that the government has automatically allowed 74 per cent and 100 per cent foreign direct investment (FDI) through the government in the defense manufacturing sector.

The Defense Minister said that technology-focused FDI policy will enable Indian industry to collaborate with Swedish industries in the field of authentic and appropriate military technologies. He said that foreign OEMs (Original Equipment Manufacturers) can set up institutions on their own, they can partner with Indian companies for this work and can take advantage of ‘Make in India’ initiative. “Swedish companies like SAAB are already present in India and I am sure other Swedish companies will also find that India is a major investment destination for defense manufacturing,” he said. There is a lot of potential for co-production and co-development between Swedish companies and India’s defense industry. Indian industries can also supply components to Swedish industries.

Also read: PM’s announcement about vaccine will give new strength in the war against Kovid: Rajnath Singh

The Defense Minister said that Prime Minister Narendra Modi’s ‘Self-reliant India’ campaign is related to affordable and high quality production and its basic objective is ‘Make in India’ and ‘Make for the world’. “I take this opportunity to invite Swedish companies to invest in dedicated defense corridors in Uttar Pradesh and Tamil Nadu where they can take advantage of the benefits provided by the state governments and a highly skilled workforce,” he said. 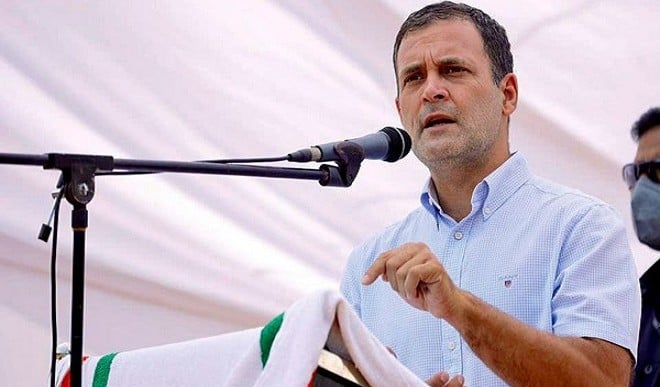 The cleric who got the girl married after the rape was arrested, the court sent him to jail