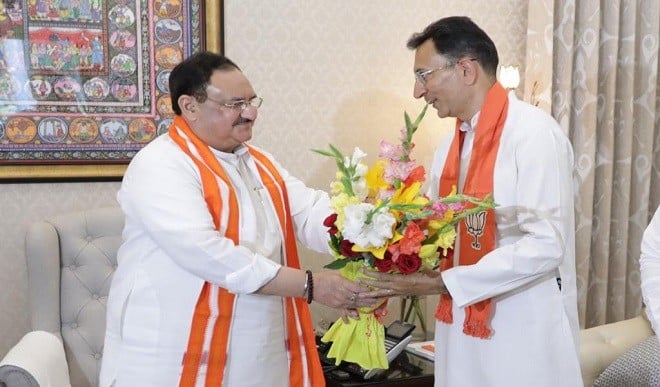 After joining the BJP, Prasad met party president JP Nadda. Earlier, he had met Union Home Minister Amit Shah. Welcoming Prasad to the BJP, Shah exuded confidence that his joining the party would further strengthen the BJP in Uttar Pradesh.

New Delhi. Former Union Minister and youth leader who has been angry with Congress for a long time Jitin Prasad Joined the BJP on Wednesday. Uttar Pradesh Assembly Elections Before this it is beneficial for BJP and Congress is seen as a major setback. central minister Piyush Goyal and Prasad during a press conference held at the party headquarters here in the presence of BJP MP Anil Baluni. B J P subscribed to. Baluni said on the occasion, “Impressed by the policy of BJP and the leadership of Prime Minister Narendra Modi Jitin Prasada has joined the BJP family. We welcome him.” After this, Goyal got him the membership of BJP and while welcoming him in the party, said that BJP will get the benefit of his experiences. “Jitin Prasad is a young leader who is grounded and popular. I see a big role of such a strong leader in the politics of Uttar Pradesh. ”After joining the BJP, Prasad called the party president. JP Nadda met with. Earlier, he had met Union Home Minister Amit Shah. Welcoming Prasad to the BJP, Shah exuded confidence that his joining the party would further strengthen the BJP in Uttar Pradesh.

Thanking Prime Minister Narendra Modi, Shah and Nadda for being “respectfully” inducted into the party, Prasad said they have taken the decision after much deliberation. He said, “A new chapter of my political life is starting from today.” Explaining the reason for joining the saffron party, he said that in the last few years he had experienced that if there is any political party in the country in real sense. If yes, then it is BJP. He said, “The rest of the parties have remained individual and region-specific. Today any party and leader is most suitable for the interest of the country and if he stands firmly then it is BJP and Prime Minister Narendra Modi. ” Prasad said that Prime Minister Modi is serving India selflessly and facing all challenges. are fighting fiercely. He said, “I will also get to make a small contribution in the new India that he is building for the generations to come. Considering this, I have come to this decision (to join BJP) today.” Prasad said that by staying in Congress, he was not able to protect the interests of the people, so there was no justification to continue there. “Now BJP will become that medium. A strong organization and strong leadership is here, which the country needs today. I do not want to speak much at this time, my work will speak. Now I will work as a dedicated worker. I will work as a BJP worker with the objective of ‘Sabka Saath, Sabka Vikas’ and ‘Ek Bharat Shreshtha Bharat’.” Discord has come to the fore. Assembly elections are to be held in Uttar Pradesh in February-March 2022 and the Congress is trying to re-enter its old vote bank – Brahmins, Muslims and Depressed Classes with Priyanka Gandhi Vadra’s face in it. Prasad’s departure is also a setback for the Congress strategy.

Also read: Jitin did politics of convenience, sided with those responsible for mismanagement in pandemic: Congress

There was speculation of Jitin Prasada joining the BJP just before the last Lok Sabha elections. It is said that on the persuasion of the then Congress President Rahul Gandhi, Prasad had abandoned his decision to join the BJP at that time. It is to be known that Jitin Prasad was among the 23 leaders who had written a letter to party president Sonia Gandhi last year demanding active leadership and organizational elections in the Congress. Regarding the controversy related to the letter, the Congress Committee of Lakhimpur Kheri district of Uttar Pradesh had passed a resolution demanding action against him, due to which there was also a dispute. However, Prasad later said that he has full faith in the current leadership of the Congress. Jitin Prasada is the son of senior Congress leader Jitendra Prasad who served in many important positions in the party. He also contested the election of Congress President against Sonia Gandhi. Jitin Prasad won the Lok Sabha elections for the first time from Shahjahanpur in 2004 and was made Minister of State for Steel in the United Progressive Alliance (UPA) government led by Prime Minister Manmohan Singh. After this, he won the Dhaurahra seat in 2009. Then he took over the responsibility of Minister of State for Petroleum and Natural Gas, Road Transport and Highways and Human Resource Development in the UPA government. Jitin Prasad, who established himself as the big Brahmin face of the Congress in Uttar Pradesh, faced defeat in the 2014 Lok Sabha elections. After this, he tried his hand in the last assembly elections from Tilhar seat, but in this too he was disappointed. He had also lost from Dhaurahra in the 2019 Lok Sabha elections. He was made Congress in-charge for West Bengal a few months back. There the alliance of Congress and Left parties had to face a crushing defeat in the state assembly elections. Congress did not succeed in winning even a single seat. 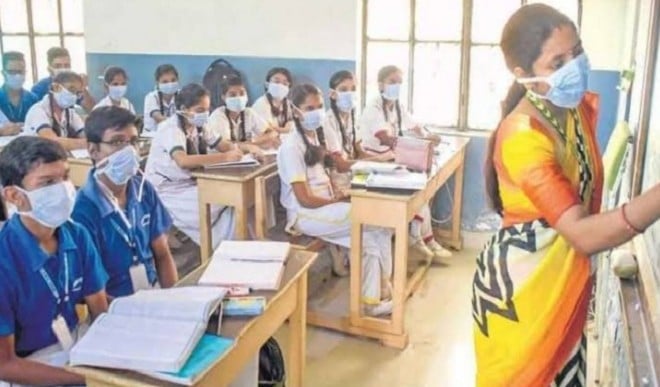 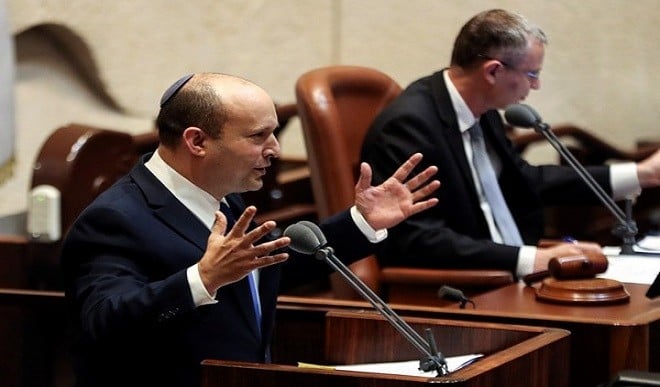