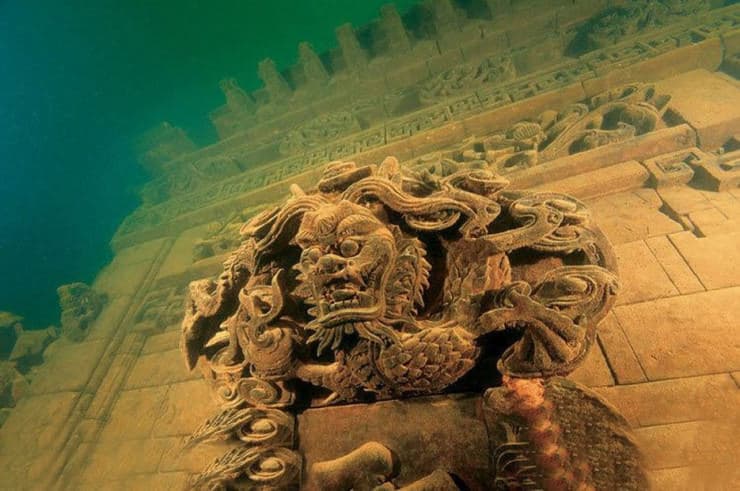 The 1,300-plus-year-old ruins of an ancient city lost in time was not an outcome of global warming but rather a man-made phenomenon for the betterment of modern civilization. In 1959, the local government decided to construct a new hydroelectric power station was needed to fulfill the demand of the growing population. A dam was constructed and the rushing waters soon submerged Shicheng in more than 100 feet of water.